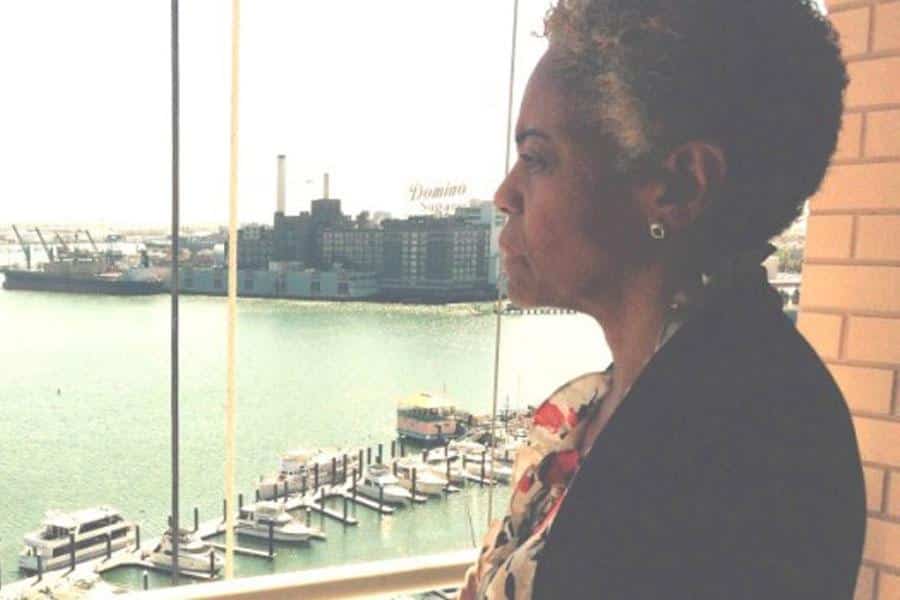 I watched much of the sensationalized “Baltimore is on Fire” CNN coverage. I followed the tweets and Facebook comments about the “riots” in Baltimore (my home town) until 11 pm last night, upset by the misrepresentation and saddened that this is happening yet again. I woke up this morning in my high rise condo, the sun reflecting off the harbor and into my large windows and I thought: I am clearly seeing Baltimore from a very different vantage point than many of the young men and women who took to the streets last night. I sit on the perch of opportunity.

I grew up in West Baltimore, blocks away from Mondawmin Shopping Center, one of the first malls of its kind in the country, where the violence first erupted yesterday. The West Side is my hood. I can’t say I understand completely what makes young black kids throw rocks at the same police department accused of killing Freddy Gray and who have the reputation of being horribly brutal (especially following arrests). What causes them to loot and burn down the same CVS their grandmothers depend on for medicine or display the kind of behavior that brings the National Guard, a curfew, and the worst kind of attention to our city. But I am curious. Of course much of it is has to do with opportunity and possibilities, the building blocks of success that I was given as a young person growing up in those same neighborhoods decades ago. There is a despair, a disillusionment and a dangerous disregard that is born of disappointment.

At my law school reunion this weekend, I heard the Secretary of HUD Julian Castro describe the same experience of possibility and opportunity he had growing up in this country.  He explained that he and his twin brother, Senator Joaquin Castro, came up in a time where the expectation was that young people would work hard…and that the government would support that hard work, turning personal responsibility and discipline into the American dream. Where is that same dedication and support for young folks in America’s cities today?  Right now the unemployment rate for black men under 20 years old is over 20%. And the unemployment rate for black men is twice that of their white counterparts, as has been the case for decades, no matter how well the economy is doing. Many of the schools are in disrepair and severely lacking resources. Graduation from these institutions doesn’t mean that one is prepared to succeed in the workforce or secondary education.

I know many say there is no excuse for this kind of behavior. A lot of folks with dismal prospects persevere with dignity as law abiding citizens. That has been the story of African-Americans experience. Of course, CNN will not focus on the majority of Black Baltimoreans that were in their houses last night, praying and or shaking their heads, wondering if they were dragged into some sort of awful time warp.

But I think we underestimate the power and corrective force of hope. I listened to the amazing Bishop Walter Thomas of New Psalmist Baptist Church, issue a call to action to his large Baltimore congregation this Sunday. He explained that we have to stand up for and insist on justice and change- the change, the plan for how this is to be done must be embraced and lead by people of faith.  So I am reissuing the call.  I know he was referring to folks who name Jesus, and I am definitely calling the Christians. But I am also calling out to people of every religious faith, and those who have faith of any kind, who believe in justice, in human beings, in our country’s ideals, in the truth of our interconnectedness.

We can call names, disparage and distance ourselves from those who loot and burn. We can be critical of the despair that destroys, but I that will not create the change we need. We will need to stand up and fight for just, fair, safe communities that speak hope and possibility for all of us, not just some of us. We will need to find a way to hold our heads high even when our young people disappoint us. We will need to show them the way by listening to stories of their pain and acknowledging their nihilism. We will have to explain to them that we care, that we are there to support them, to work with them to break down the barriers, to march, to vote, to run for office, to write, to teach, to fight until they can believe again, hope and have faith again.