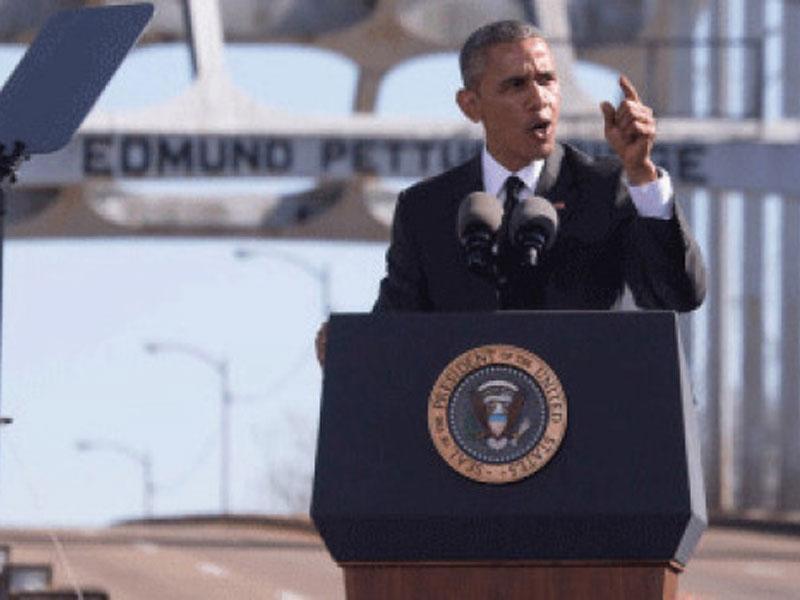 I would have loved to see President Obama, the First Lady and their beautiful girls in Selma, Alabama linking arms with Rep. John Lewis and other brave civil rights pioneers who took that historic walk over the Edmund Pettus Bridge in 1965. The presence of our African-American first family marking the anniversary of this triumphant struggle was incredibly poignant and inspiring in itself. But for me, the most astounding part of the day was the president’s powerfully inclusive, hopeful, and no-nonsense speech as he called for us to take more ground. He painted. Read more on HuffPo.