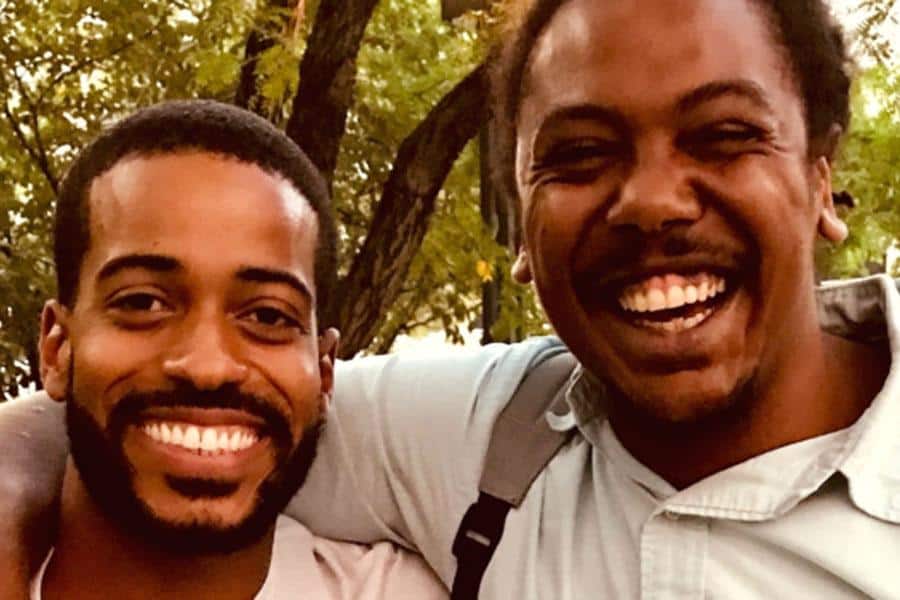 People who know me well know that I’ve got a rule when it comes to who I will and won’t date: I won’t date a guy who hasn’t been to therapy.

OK, I’m joking—mostly. Let’s just say I’m a little suspicious of men who haven’t done some kind of emotional work with a professional counselor or therapist. When guys I’ve dated have sheepishly admitted that they’d gone to therapy, they would be surprised by my positive reaction. I just really feel like everyone can benefit from it. I know I have over the years. It’s so refreshing to have a disinterested, paid person listen to you and help you make sense of your life by listening and asking you hard questions you haven’t asked of yourself. The connections between your past and present experiences that the right therapist can help you draw are invaluable. It’s not that you might not get that insight by yourself, but therapy can speed up the process of one’s evolution by years and greatly improve your mental health going forward.

Unfortunately, for many men, particularly black men, there’s a lot of reluctance to get therapy, in large part because of the stigma surrounding it. On the rare occasions that men do end up in therapy, it’s often because of their spouses or kids, for marriage or family counseling. Our culture puts a lot of expectations on men that they should be tough and strong and suffer in silence—that it’s somehow weak or un-masculine to seek help for emotional or psychological issues. That’s particularly true for men of color.

But men are more than three times more likely than women to commit suicide or struggle with substance abuse. Meanwhile, we’ve got an epidemic of young men committing acts of violence, including mass shootings. All of which suggest that a lot of men could really use some therapy. I think even men who don’t have serious mental health or emotional issues would get a lot out of talking through their emotions with a professional, just to get in closer touch with themselves and how they’re feeling. It’s something I’ve been reflecting on this May—Mental Health Awareness Month.

I didn’t realize until recently, though, when I read a fantastic article on the subject, that therapy isn’t actually designed for men. When it was first created at the end of the nineteenth century, it was by men, for treating women. Since then, therapy has evolved, but it’s still playing catch up when it comes to men. It’s hard to believe, but while the American Psychological Association has created guidelines for treating a number of specific populations, including lesbian, gay and bisexual clients, older adults, girls, women, and culturally diverse populations, it’s only just starting to create guidelines for treatment of men and boys.

I’m glad to know this, and also glad to see that there’s research being done on what would make therapy more appealing and effective. The research found that many men would prefer a more structured, goal-oriented approach to therapy, to the more free-form, process-oriented approach of traditional therapy, which women may prefer. It reminds me of the work I do in companies about cultural competence and inclusion; I help my clients understand that when a system or practice has been designed for one group, it makes it harder for others to feel included or get the benefit of that system or practice.

What also gives me hope is that there seems to be a new generation of young men, including men of color, being brought up to be more open about their emotions and mental health, and fighting the stigma around mental health. As a mom, I was determined to help my son Trés become emotionally fluent, to have an extensive emotional vocabulary. When he was in middle school, he didn’t seem to know how to talk about his feelings other than to say he was “mad.” (Anger is often the default emotion for many boys and men.) I showed him a “feelings wheel” I’d received in a diversity workshop and whenever he said how mad he was, I would ask him to look at the wheel to see if he could identify any other emotions. He would reply, “Oh yeah, humiliated, confused and embarrassed.” Then I would show him that those emotions were under the “scared” section of the wheel. To know you’re scared rather than mad is extremely helpful when you’re trying to figure out how to handle what you’re feeling and to be able to express it to others. Today, I’m proud to say, he is a strong, sensitive man who doesn’t shy away from talking about emotional and spiritual issues.

I talked with him recently about how young men he knows feel about emotional work and therapy, and also with my nephew, Eric Bigger, who has talked openly about how he has been learning to deal with emotions that he felt he was never given permission to express as a young black man growing up in a tough urban environment. (Take a listen to his podcast episode from May 11 with YouTube star Matt Santoro). Here’s what they said:

“For me, a mixture of talk therapy and mindfulness has helped me build stronger relationships and move through anxiety. But many men view any kind of vulnerability as an impediment to their manhood, which makes the idea of seeking talk therapy very challenging.

The socialization of toxic masculinity in our culture and our economic system of competition causes men to constantly assess their value based on their ability to physically and intellectually coerce and control variables around them: ideas, property, and people. Couple this with the lack of resources and spaces for treatment and you get a culture of silence.

Recently, there’s been more awareness about men getting mental health services being promoted, especially in middle class black and POC (people of color) internet spaces. I recently heard a J. Coles album where he was talking about meditation as a way to promote mindfulness. Awareness building is important, but until we have resources to promote a cultural shift, gains in this process will largely be inconsistent in the majority of men.”

“Discussion about mental health in men is not prevalent amongst my peers. I think some men are addressing the topic, but most don’t know how. If you feel something, you just suppress it and keep going. I think some men numb it with drugs, alcohol or sex. We never face it because we’re are conditioned to be strong and to provide and take care of others.

As far as men of color, I believe we have a common experience of resistance and hardships that we don’t even notice, because internal pain and/or mental instability is so common. I think therapy is a great option, but if not we should seek inner circle help from our close friends or family, or if we have a sister or woman to whom we trust dearly, talk to them about it.”

There are some good resources available now to help build awareness and provide support for men’s mental health issues. Take a look and spread the word. If you have other ideas — or thoughts on the subject — let me know on Facebook, Twitter, Instagram or LinkedIn.