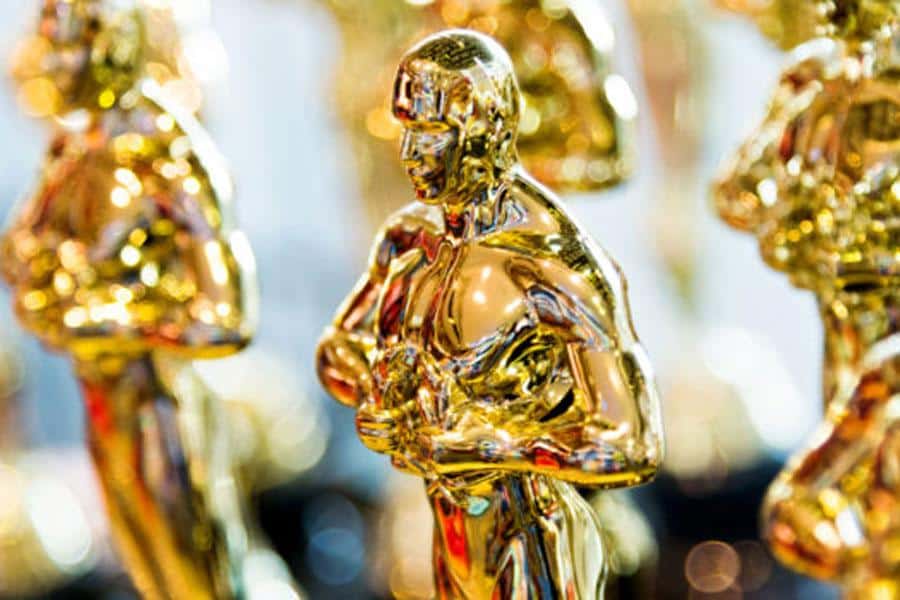 First things first: Spoiler Alert! If you haven’t seen Jordan Peele’s Get Out yet, stop reading after number one below. Then go straight to your TV or computer and start streaming, because you have to see this film. And see it before the Oscars on Sunday night if you can, because it’s up for Best Picture, Best Original Screenplay, Best Director and Best Actor (Daniel Kaluuya)—a quadruple threat! There are so many great movies up for awards this year—I loved Lady Bird and The Shape of Water—but my fingers are crossed tight as can be that Get Out wins at least one if not all of its nominations. Here are 5 reasons why:

#1. The movie is so good that people decided not to tell each other what it was about. That doesn’t happen very often! The secret twist in the movie is so important, so powerful and shocking that my friends and relatives were all saying to each other, “You need to see it. I’m not telling you anything about it—I’m just telling you don’t watch it by yourself!” Everybody, whatever their race, needs to feel and experience this movie as it unfolds to get the full effect. Not a lot of movies are that powerful.

#2. Jordan Peele is a genius. Director and screenwriter Jordan Peele is THE “Peele” of Key & Peele. Some of the most popular skits from that show, like “Negrotown” and “Acapella,” explored race issues and were both “ha-ha” funny and “ah-ha” smart. With Get Out, Peele showed us the full range of his ability. It’s a dark comedy that goes to some really dark places.

When a middle-aged white woman asks a racist question about the main character’s virility (“is it true what they say?”), it’s funny, in a cringe-worthy way, because we’re in on the joke. But then we find out that she’s asking because she’s actually thinking of buying his body. Later, we see what looks like a stuffy art auction, then realize it’s essentially a modern-day slave auction. There are moments like that over and over again, and they just keep building, right up to the sly moment at the very end when we think that after outsmarting the white family’s evil genius in a modern-day runaway slave moment, Kaluuya’s character is going to be a victim of police brutality—only to have him escape and survive. (Which is almost never the case for black characters in horror movies—they always die, and usually early on. Thank you, Jordan Peele!)

#3. The plot is universal. Take race out of the equation, and Get Out is still entertaining and scary: A guy meets girlfriend’s parents and their friends for the first time and is nervous (of course), then things get more and more creepy, and ultimately, he discovers this horrible thing they’re doing to people, and want to do to him. But adding in race supercharges it—and forces people to think about issues they might not otherwise, and almost definitely wouldn’t at a movie theater over popcorn. Before we know it, we’re contemplating sinister truths about white supremacy, cultural appropriation, and ownership of and harm to the black body in a futuristic type of slavery. I think Peele is also asking us to notice the failure of integration (we’re still divided no matter how pretty and liberal things may look on the surface) and cross-racial relationships that are void of truth and mutual respect.

#4. The sunken place. I’m still having nightmares! It’s such a powerful and original concept—as soon as you see it in the movie you think “Oh hell no, don’t let me go there!” It’s where the mother (played by Catherine Keener) sends the main character through hypnosis, separating his consciousness from his body as he opens up to her about a painful moment in his childhood. We see him fall into a deep hole where he floats in the darkness, unable to speak, only barely able to see the “real world” above him. We all have places of vulnerability and trauma, and to have to relive those feelings and get stuck there, in the hands of someone you thought was on your side, is just devastating. (Some folks will never be able to drink tea from a china cup with a spoon again!)

#5. Nobody wants to be like Sza and JAY-Z. There’s nothing more frustrating than getting a whole bunch of nominations and walking away without an award (like Sza and JAY-Z at this year’s Grammys). Peele is only the third director to be nominated for best picture, screenplay and director for a debut movie, and only the fifth African-American to be nominated for best director, period. It would be so disappointing for him not to win any of them. And if the movie does win, it could send a powerful message: That the commercial and critical success of recent films by black people—Moonlight, Black Panther, The Fate of the Furious—aren’t just aberrations. They’re part of a new pattern that’s here to stay.

Did you see Get Out? Will you be rooting for it on Sunday night? Watch the Oscars with me on Twitter, and let me know! @VernaMyers