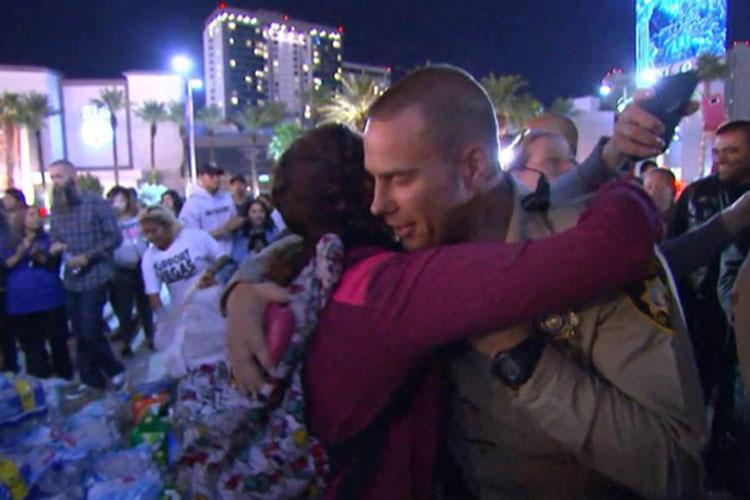 When I woke up on Monday morning to the news of the Las Vegas killings, I felt ill. You probably did, too. And if you’re like me, your next thoughts were something like: AND what are we going to do about all the guns and violence in America, PLUS Puerto Rico, AND North Korea (AND what’s wrong with our President taunting Kim like that?) AND that earthquake in Mexico AND now Barcelona—750 people injured by police, AND…AND…

And after we go through the roll call of natural disasters, wars and social ills, we call our friends or get on social media to recite our “future fears.” That often includes demeaning the other side: “Those fanatics! They don’t care about anything but their precious guns.” or “Those liberals! They can’t resist making every tragedy into a political issue.”

I don’t want to ignore what’s real. The problems we tick off on our mental lists are horrible, but they are not all the same. So we have to stop adding them up as if they’re proof of some coordinated demise of humanity. I don’t believe that they are and, more important, I don’t believe that aggregating all the ills and incidents of the world helps us. In fact, I know for sure that clumping every tragedy and misfortune together overwhelms, burdens, confuses and depletes us—so we start feeling helpless.

Maybe I’m asking too much. Maybe some scientific expert has already proven that our brains are wired to find the worst or to seize onto what’s wrong, and we’re just victims of a “natural” psychological phenomenon. But even if this is true, I know it has also been proven that we can retrain our minds.

So I think we should challenge ourselves to stop adding up the bad stuff, and start doing a different type of math instead: Let’s start adding up all the good stuff.

Add up all the volunteers who have worked tirelessly to care for neighbors and strangers in Houston, Puerto Rico, Mexico and the Caribbean. Imagine and add up the number of packages of food and clothing that have been contributed by individuals and companies to those who are in need. Add up all the people who threw their bodies on top of others to shield them from bullets, or dragged the wounded out of harm’s way in Las Vegas. Count all the first responders, nurses, doctors and police officers, too. Total up all the dollars that have been donated around the world in the last few months. Take a tally of the advocates and activists working for peace, trying to find a way beyond violence, war and hateful discourse. And multiply it by the prayers that have accompanied all of these acts of faith, belief and compassion.

This math is just as real as our sums of woes and worries. It’s the math that will nurture our hopes rather than feeding our fears. It’s the math that keeps us looking for the solutions to our most difficult problems as a human community rather than as divided tribes. Paying as much or more attention to these hopeful calculations helps us see beyond and bridge our differences. AND It demonstrates that we are not helpless. AND it reminds us that we are all in this world together, we are connected and that we need each other if we are going to not only survive, but thrive.