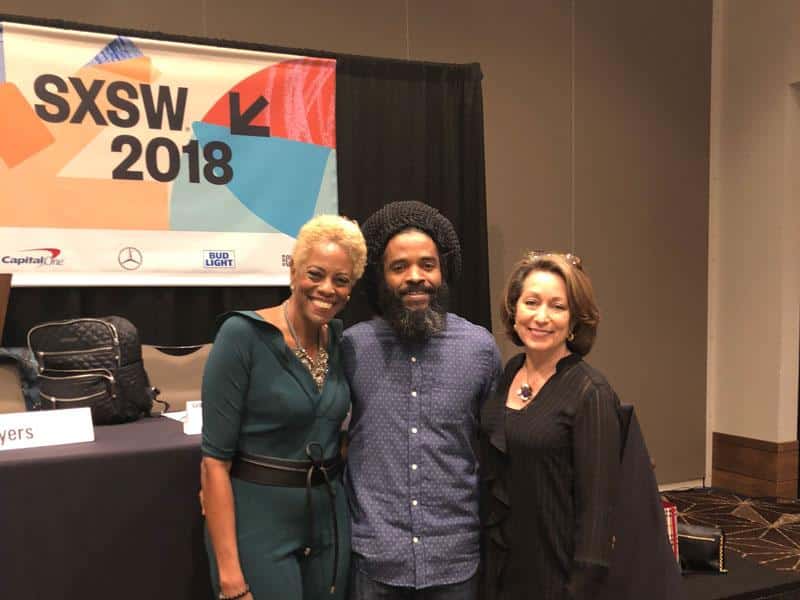 Last week I had the amazing experience of speaking on a panel at South by Southwest (SXSW) with National Geographic on imagery in the media, and how if we don’t approach it with a level of consciousness, visuals can reinforce old stereotypes about groups of people, absent them from certain narratives, and make fair and accurate storytelling impossible.

Much of my work deals with inclusion in hiring practices and workplace culture. And I’m heartened to see so many organizations making progress in that area, realizing that they’re missing out on great talent when they don’t make inclusion a priority—in everything from the people they hire, to the suppliers they use, to the ways they interact with their community. Many companies now even have a Chief Inclusion or Diversity Officer who heads up this vital work.

All of which is really great. But it’s not enough. Because in spite of a lot of effort by many folks over a long period of time, we’re still stuck with the same old biases in so much of the media we consume. That’s why at that SXSW panel I made a call for another position that I think organizations, particularly those in journalism, film, video and advertising, need ASAP if we’re ever going to finally root out the biases that keep us from being a truly inclusive society: A Chief Inclusion Content Officer.

It would be this person’s job to question and call out the biases in images and other content being produced, and make sure a broader range of images and stories are included—to rock the boat and disrupt the status quo.

Think about it: When you open a magazine or newspaper, watch the news, see a commercial or read stories online, what are you seeing and hearing about different groups of people—different races, genders, sexualities, faiths, ages, or body shapes? Are you getting new stories about them, or the same ones again and again? Are you seeing them as fully human? (For example, I’ve noticed that stock footage used for stories about obesity often shows people considered overweight from the neck down only; I assume it’s about avoiding liability, but beheading images of people dehumanizes them.)

Who’s telling the stories, and who’s behind the camera? Whose truths and points of view aren’t being included? How is all this shaping our understanding of the world and the people in it? Is it helping unseat our biases or is further embedding misrepresentation and exclusion?

We all at times default to what we’ve been conditioned to accept as true, and what feels comfortable and familiar. That’s why I believe every media maker out there needs someone whose job would be to get decision-makers to s-l-o-w down, ask more questions, get more data, and make sure that the way stories are being told or news is being reported isn’t just strengthening preconceptions about who matters and who doesn’t.

I’ve been obsessed lately with Overlooked, a new series in the New York Times featuring the many accomplished women whose deaths didn’t merit a mention in the obituary pages of the paper, which for so long have been dominated by white men. I am blown away by the fact that so many remarkable women weren’t included: Ida b. Wells. Sylvia Plath. Charlotte Bronte. Diane Arbus. And those are just some of the most famous ones!

“Overlooked” is a perfect example of how bias and supremacy (often unacknowledged) is often not detected person by person; we can always find a reason for excluding an individual. But when we go back and look, a pattern emerges and the exclusion is undeniable—and devastating. Now, imagine if there had been, all along, a Chief Inclusion Content Officer at the Times whose job was to get the obituary section editors to stop and consider who they might be ignoring, and how even criteria used to make these choices favor men and discount the contributions of women.

I also recently learned about VIDA Women in Literary Arts, which publishes an annual “VIDA Count,” documenting the number of articles, stories, poems, etc. published by women and other historically marginalized voices in mainstream and literary magazines, as well as the number of their books reviewed in major venues. The work VIDA is doing is so important. But it’s yet another case of outsiders—the people in the underrepresented groups—doing the work.

Right now, we have to rely on “watchdog” groups to hold industries accountable. But what we really need is for those who are inside these organizations to embrace the work of bias-proofing their content and products. And we have to stop thinking that this is just about finding fault, or being the “diversity police.” A Chief Inclusion Content Officer is an asset manager—someone who reminds a team what they’re losing if they operate within the same limited scope or sense of superiority.

This person must also be given the authority and encouraged by the rest of leadership to make sure that everyone at the table, particularly women and other underrepresented groups, has the power, permission and support they need to speak up and interrupt bias without fear of reprisal or being labeled as troublemakers. Hiring a more diverse group of photographers, writers, art directors, etc. won’t magically fix the problem if those people’s voices aren’t being welcomed or heeded.

The hard truth is this: In an increasingly diverse world, the media and other image-makers can’t stay relevant or innovative—or grow their audience and consumer base and stay profitable for that matter—if they don’t include more voices, more views. Especially since people are more and more empowered to tell their own stories—whether it’s on Twitter, YouTube, or blogging sites like Medium. So this isn’t only a matter of being fair and accurate. For any company that generates content, it’s a matter of survival.

Undoing structural bias is hard work, and companies have to be intentional and disruptive about it. Otherwise, guess what? It will never happen.

One of the most inspiring and hopeful things about SXSW was the incredible diversity I saw on the streets. It kind of blew my mind. Apparently musicians, filmmakers, gamers and tech geniuses and all of us who love them come in different genders, races, ages, religions, sexual orientations and nationalities. It was exciting being in the midst of this intoxicating mix. As we were all partying together, raising our voices in unison, I thought: these folks all have compelling different perspectives to contribute. We can’t afford to disregard their unique stories. If we do we, will all be missing out.