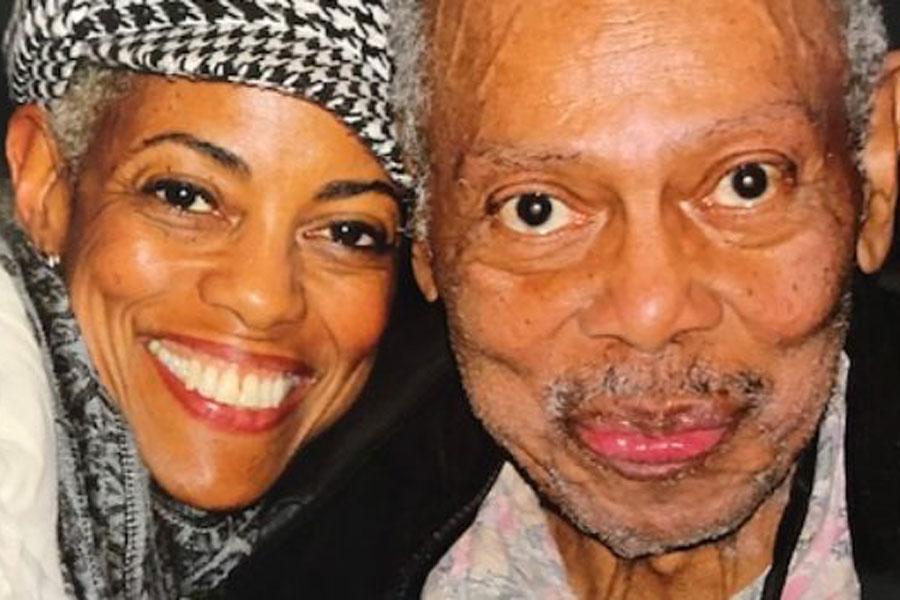 My dad is 92 years old. He grew up in Farmville, Virginia, and served in two wars, in two different branches of the armed services: In the Air Force at the tail end of World War II and in the army during the Korean War.

Dad has dementia now, and stays at a lovely senior home with a memory unit. I do a lot of traveling during the week, but I visit him almost every Sunday with my mom, his ex-wife (my mom is clearly an angel). My sister often joins us too.

The love I have for my father is a love that makes me stop. I’m accustomed to running around and maximizing my time, but I’ve learned to just sit still and listen to him during those visits—and it has become a joy.

Dad’s short term memory is pretty bad. Sometimes he can’t remember that he saw me the previous week, or where he lived just before coming to the home, or even whether he ate breakfast that morning. But his long term memory is quite sharp. He remembers an uncle who came on a white horse once a week to care for his badly injured leg when he was little, the names of the families up the hill that he worked for as a teenager, and things his mother told him as a young boy.

But what he remembers in the most detail, and what he is most proud of, is his time in the army. He has his discharge papers, certificates of appreciation for his service, and the program from a Christmas celebration with his troop in Korea 50 years ago. He can recall first and last names of men he fought with, the details of friends dying, and the stories of friends and enemies helping him survive. These are narratives I never heard my father tell when we were growing up.

It’s hard to understand a lot of what he is saying, but in his recitations about the war, he is often walking for miles by himself, scared and hungry. He’s marching beside tanks, feeling stunned and shocked by the artillery—so loud that he says he still feels its effects in his body. And it kind of breaks my heart.

I try to ask a few questions and put two and two together when Dad’s tales of war get fragmented. I’ve been noticing how much he mentions about being alone during the war. He talks a lot about going out to pick up radio wire by himself, once finding himself lost from his unit and encountering enemy troops.

On one occasion, a friend of mine accompanied me for a visit. When Dad described his experience, my friend, who is my age and served in the army himself, told me he suspected my dad was a “wire dog”—the nickname for soldiers involved in radio communications. When my friend was in the army, he had heard that black soldiers were often given the job of retrieving the wire that had been laid down for radio communications, but he’d never met any veteran who had that actual experience.

So on this Veterans Day, I am thankful for so many veterans, like my dad, who braved long walks and loneliness, and showed great courage fighting for our country. I am grateful for those like my dad who made it through, and also for those who didn’t.

Mostly, I am grateful for those Sunday afternoons, when everything slows down. Knowing that my father’s most vivid remaining memories of a life that spans almost a century are of the days he spent in service to this country tells me how visceral and indelible the experiences of veterans are. While those of us who have not served can never fully appreciate what veterans have sacrificed, the least we can do is to take the time to listen to their stories, whenever they choose to tell them.