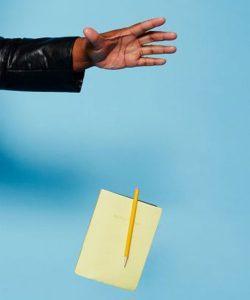 Last week Dean Nitin Nohria of Harvard Business School penned an editorial for the Washington Post on how diversity fails without inclusion. I appreciate how hard it must have been to go public on a subject that seems controversial to some: the lack of respect and equal opportunity for people of all backgrounds that still pervades our most august institutions. As a Black woman from working-class Baltimore and a Harvard-trained lawyer and Barnard alumna, I have my own experiences in elite and majority white-male educational and corporate institutions. I realize it’s especially hard for “the Asian Dean” of HBS to say such, because people of color who have “made it” are supposed to be grateful and not complain. We are supposed to be evidence that all is right with the world.

But that’s simply not the case. As an expert in the field for over 20 years, what is clear to me — from meeting with young people who are surprised by both the lack of Diversity and Inclusion (D&I) on their campuses and workplaces — is that our institutions need to step it up. D&I is not a controversial subject to most young folks; it is assumed and expected. If organizations like Harvard Business School are going to remain leaders in their fields, they must commit to transforming their cultural norms and systems.

Here are five realities that inclusive leaders understand, embody, and act on:

1. “Diversity is being invited to the party; Inclusion is being asked to dance.”™ When I am speaking all over the country, this is by far the one statement that resonates the most with audiences. I created this line when I noticed that women, people of color, LGBTQ folks, and other underrepresented groups in majority organizations are invited in but are often not present in the middle of the dance floor, fully engaged in heart of the action of the organization. They are hanging out along the walls of the institutions, hoping to get in. When folks don’t feel expected, reflected, or respected, they leave or stop contributing at their highest levels. While each of us are responsible for our own success, it’s primarily the institution’s responsibility to create the environment for that success. They own the dance.

2. Diversity is here to stay; it’s not a fluke. Leaders who are not fluent in the language of inclusion are liabilities to their organizations. Young people are more culturally competent and can navigate differences with more ease than other generations. They lose respect for the institution when its leaders don’t work well across differences. For example, when leaders in companies can’t talk genuinely about race and ethnicity, it makes the institution suspect. When professors can’t see or won’t see how a curriculum is reinforcing negative stereotypes about religious minorities, it creates exclusion, exhaustion, and disengagement. It’s not as much about “sensitivity” and “offense,” as it is about critical thinking and understanding how the world works. All things being equal, people choose organizations that are relevant, conscious and moving forward, not ones that are stuck in their past glory.

3. It is absolutely imperative to raise awareness and teach skills, but education doesn’t help if it isn’t part of an comprehensive cultural change process in the organization. Cultural norms and systems have to change to encourage, support, and require new behaviors. If we are going to move diversity forward, we must go beyond awareness toward action and accountability. The courage to expect, educate, and demand accountability from leaders is lacking from most institutions. If you are raising awareness about inclusion, but are not holding leaders responsible for their behavior, the status quo will persist.

4. We must get out of denial about bias; whether it is conscious or unconscious, it is real. We all have biases; none of us are immune. Our biases create blind spots and derail our ability to see and assess others fairly, especially people from groups that we don’t know well. The fairer we think we are, the more likely we are acting on our biases. Often we favor people from our own group and exclude those who are unlike us. For example, a bias against young people means more senior recruiters and managers can miss potential talent, new perspectives, and ways of problem solving. The result is that the organization loses the advantages that all types of diversity bring.

“IF WE ARE GOING TO MOVE DIVERSITY FORWARD, WE MUST GO BEYOND AWARENESS TOWARD ACTION AND ACCOUNTABILITY.”

5. All of us have to be vigilant in this new political climate. This is where the courage is needed. And it is not only a job for those in leadership roles. No matter your status, we all have the responsibility to create inclusive, respectful, and safe environments. I agree with Dean Nohria that we need to be able to talk to each other about our different opinions and perspectives. But what must be stated unequivocally is that there is a limit. Inclusive organizations cannot tolerate bigotry and hatred against groups, particularly against those that have been historically marginalized and excluded. We know that all the old prejudices about some groups being better, smarter, more moral, more responsible, and law-abiding than others is wrong. However, those stereotypes die hard, especially when power and privilege still reside with the groups that were traditionally included and old norms remain embedded in our institutions. All of us are responsible for creating the kind of community where we all thrive. We must shift our perspective away from concerns about stigma and welcome compassionate reminders from each other when our actions and words create more exclusion.

As a woman, a Black woman, who grew up often without enough, I know the power of diversity and inclusion. I have also been the beneficiary of leaders from every background who invested in my success. When people can’t see the benefit of inclusion, it is usually because it they think it doesn’t include them. What some people fail to recognize is that inclusion is not only “minorities” or the historically marginalized. It is about recognizing a new way to regard all human beings. To ask, “Whose perspective are we missing?” “How does this practice hinder excellence?” “Are we acting in accordance with our core values and morals?” “What resources and information can I share so that more people can contribute the best to our work?” are not questions that benefit only women or Native Americans or those with disabilities, for example. These inquiries elevate everyone’s game, every institution’s mission, and every society’s ability to be fair, peaceful, and prosperous. When we realize that inclusion serves us all, we will be able to truly leverage the power of diversity.