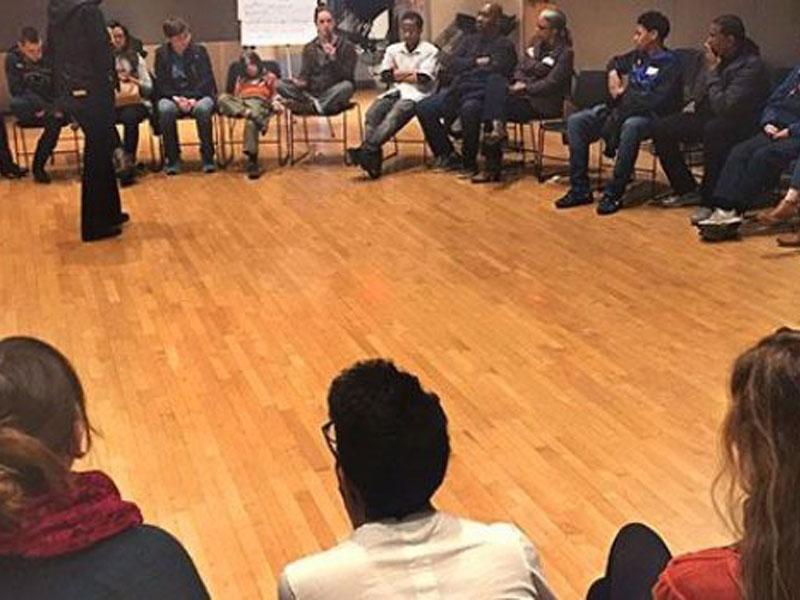 Nine people shot and killed by a white supremacist in a church in Charleston, South Carolina. The deaths of Sandra Bland, Freddie Gray, Michael Brown, Eric Garner, Jordan Davis, Rekia Boyd, Tamir Rice, and Trayvon Martin. Could the ingrained racial prejudice that led to these deaths—and that drives discrimination everywhere, from the Airbnb rental market to America’s public schools—end if people from different backgrounds started talking and listening to each other?

That’s the idea behind “Circles of Voices,” a free, three-hour, conversation-based workshop that brings people together to connect with folks they seem to have nothing in common with. Through facilitated dialogue, participants get to know one another in a safe space that enables them to break the silence around racism. In the aftermath of Gray’s death, the Baltimore-based workshops have become a vehicle for healing.

The dialogue is needed. A Gallup poll released in April found that 35 percent of Americans feel a “great deal” of worry about race relations, an increase of 17 percentage points since 2014.

While skeptics might roll their eyes at the idea that three hours spent talking to strangers about identity and what it means can reduce bias, “it’s the only way that we can do it,” Baltimore community organizer and diversity consultant J.C. Faulk told TakePart.

Along with his co-facilitator, Vernā Myers, a Harvard Law School–trained consultant whose TED Talk on overcoming biases has been viewed nearly 1.3 million times, Faulk has conducted 22 “Circles of Voices” workshops over the past year and a half—20 in Baltimore, one in Charleston in May, and one in Los Angeles last week.