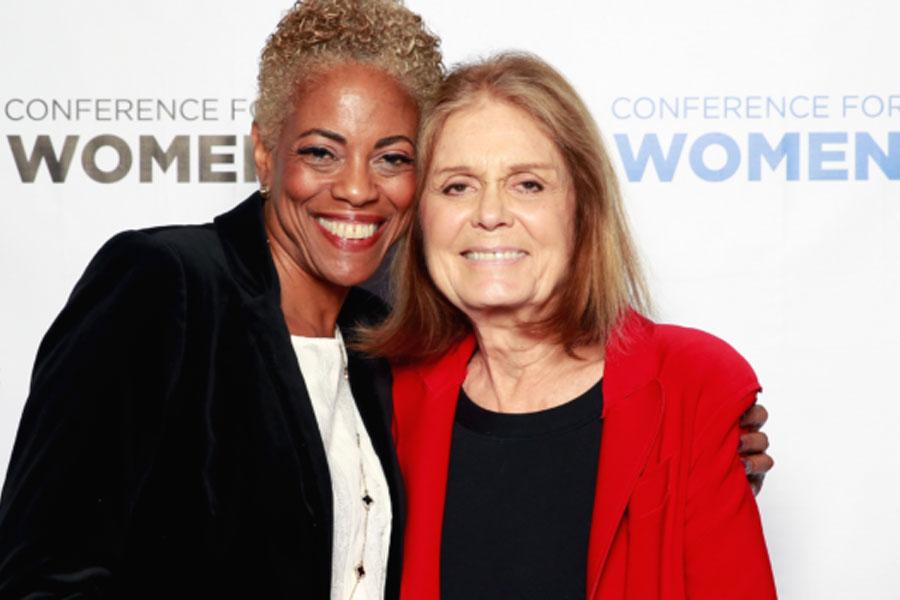 Last night, women came together as a community and made something great happen: We scored an upset victory in Alabama for a candidate who stands for equality, decency and respect for women and for all people. And black women led the way—98% voted for Jones.

But Alabama is just the latest thing that’s got me worshipping and rooting for women recently. We are brilliant, we are powerful, and we can do amazing things when we come together as a community. (And yes, I know, I talk about bias for a living, and preach against the biases that lead us to favor our own group, but I confess, right now I just can’t help myself! I love women!)

The #MeToo movement that helped defeat Roy Moore, and Time magazine’s recent “Person” of the year pick for 2017, The Silence Breakers, have shown us the resilience of women who have met with harassment, assault, and other limiting forms of sexism. The courage of these women has thrown an undeniable light onto a deep cultural problem in our workplaces and our society at large. It will take a community to heal, reimagine, and recreate a culture that encourages a different way for human beings to work together. But I feel a renewed faith in the power of women as we tackle this enormous challenge.

That energy buoyed me last week when I walked onto the stage to deliver a keynote at the amazing Mass Conference for Women in Boston.

The conference attracted a staggering 11,000 women. They were women of color and white, cis and trans, straight and not, women from different industries, economic levels, and ethnicities. There were women of all ages and stages of life, too, from twenty-somethings ready to take on the world to eighty-somethings—including one Gloria Steinem—eager to share their wisdom. (I was thrilled to have a number of millennials come up and talk to me after my keynote. At my age, it’s always good to discover amazing young women find you relevant and inspiring!)

Looking around, I kept thinking about everything this huge, diverse group of women represented: all the challenges overcome, achievements realized, ideas hatched, children birthed, people nurtured. It was an exhilarating feeling.

And these women were pumped too! They were taking it all in, hungry for anything that would inspire them to change their lives and careers for the better. In breakout rooms and on the trade show floor and over cocktails, you saw and heard women laughing and interacting and networking, buying goods from women-owned business, and sharing their expertise on everything from entrepreneurship to philanthropy to relationships to cosmetics.

The vibe of the conference wasn’t at all competitive or catty or anti-man. (Adam Grant’s keynote was standing room only.) It was just all of us there together, in a space where we were free to celebrate our awesome selves, as women and as individuals.

One of the highlights of the conference for me, given the stage of life I’m in, was listening to accomplished women like Gloria Steinem, Viola Davis, Diane von Furstenberg and Meryl Streep—all of whom, let’s face it, could be chilling on some tropical island somewhere, but who took their time to come and share their struggles and triumphs with us.

Von Furstenberg talked about being the daughter of a woman who survived the Nazi concentration camps and how that shaped her journey to success. However, Viola Davis’ speech about her journey from hardscrabble life to Academy Award winner was by far the most raw, real, and powerful thing I heard. I mumbled words of support and wept quietly as she spoke with authenticity and vulnerability about learning to accept and love herself after a childhood of poverty, which included being chased by white boys who had convinced her she was an “ugly black girl.” I wasn’t the only one crying; her words of anger, self-doubt, healing, and self-worth spoke to all women of all hues.

Listening to her, I was reminded how the safety to cry and shout with other women about our bad and good times, our dreams and convictions, can heal and motivate in a way that being with men doesn’t allow. I recalled being in college at Barnard and how the absence of men birthed a kind of confidence and courage that I hadn’t known before.

It also made me think that there are few girls or women who get anywhere without the community of other women—mothers, aunties, female teachers, mentors and bosses—who see what we’re capable of and push us toward it. Nurturing and collaborating seems to come more naturally to most women than most men. And yet we’re often taught that competition and individualism is what gets you ahead in work and in life. Showing your weaknesses, admitting to your mistakes, asking questions or seeking help from others are often seen as signs that you lack confidence, or can’t think on your own. Ironically, women’s leadership styles are actually shown to get better results, when it comes to both team performance and financial returns, but they’re still discounted and devalued. The Conference was a loud rejection of old male norms and thumbs up to women and their diverse ways of demonstrating leadership and success.

And believe me: I recognize that men bring their own unique value and contributions. I know many of the advancements that women have achieved are due to the fathers, brothers, partners and sponsors who have invested in and encouraged them. We need men to keep standing up against sexism and maltreatment of women—not only because it unleashes the full potential of women, but because it frees men to be more fully human.

As women, we’re not perfect, of course. There are many ways we have learned to discriminate, exclude, and divide as well. (We even have implicit biases against ourselves as women, as is common among groups that have been marginalized.) But if we choose to come together across identities and experiences in the spirit of community—like we did in Alabama, like we’re doing through the #MeToo movement, and like we did at the Mass Women’s Conference—we can continue to evolve a better, more inclusive way of being, and bring our fathers, brothers, nephews, sons, partners, bosses and politicians along with us.